By
Laurance Yap
Updated:
Jan 2023
Time to read:
6
min
The term "sports car" doesn't need to mean a gas-guzzling muscle car. In fact, there are several fun-to-drive sports cars that are both economical to purchase and own. These are our most efficient sports cars. Just because you want to drive a sports car doesn’t mean you have to be relegated to a gas-guzzling muscle car that belches fumes while shredding rubber. There are plenty of sports cars on the market offering a great blend of driving thrills along with impressive fuel economy.

We’ve picked a few of the best here, almost all of them offering over 30 MPG on the highway, without having to give up any driving thrills. Almost all of our choices have rear-wheel drive (RWD) for the purest driving dynamics and great steering. The bonus? Half of our award-winning crew start at under $30,000.

The Mazda Miata is the world’s best-selling sports cars, with over a million of them having been made since its introduction in 1989. Drive one and it’s easy to understand why: it is simple to operate, economical to drive and own, but also a thrill to drive and timelessly stylish. The Miata’s six-speed manual gearbox is simply one of the best on the market, and its excellent suspension and small tires make it tons of fun to drive at all speeds.

While its interior is tiny, it comes with all of the features you’d want. And the manual convertible top is incredibly simple to operate; you can drop it or raise it with one hand, without even getting out of the driver’s seat.

Subaru, a company known for its rugged, all-wheel drive cars like the Forester, Outback, and Crosstrek, also builds one of the best and most efficient little sports cars on the market. A co-development with Toyota (which sells an almost identical version of its own called the GR86), the BRZ is a compact two-door, rear-wheel drive coupe built for sporty driving.

It has a low-slung 2.4-liter boxer engine, a fantastic manual transmission, and rear-wheel drive that make it a genuine hoot to drive. Inside, you get excellent sport seats, clear gauges, and a simple-to-use touchscreen infotainment system – and not much more. The BRZ is one of the purest, most engaging sports cars on the road, and if you care about handling, it’s also one of the best values out there.

For 45 years, Volkswagen’s GTI has perennially stood for the perfect combination of sportiness and practicality, and the latest generation, totally redesigned in 2022, is no different. The ingredients are simple: a boxy, practical, spacious hatchback body, a powerful engine, and upgraded suspension, brakes, and tires at a fair price.

But VW gives you even more than that: you also get fantastic seats, a great audio system, and all of the latest active safety features including adaptive cruise control, lane departure warning, and more. The 240-hp GTI is so good, in fact, that your humble reviewer spent his own money and bought one.

BMW was once a much less diversified car brand than it is now. For decades, the only cars it made were sporty rear-wheel drive sedans and two-door coupes built for serious drivers.

The 230i coupe (not to be confused with the front-wheel drive 230i Gran Coupe) is an old-school BMW in the best way possible: two doors, engine up front, driven wheels in the rear, and a fantastic driving experience. It’ll zip to 60 mph in just over 5 seconds, yet delivers 35 MPG on the highway. And its interior is spacious and well-made, with back seats big enough for adults. We are also big fans of BMW’s easy-to-use iDrive infotainment system.

The curvy, swoopy Supra may look like it just drove out of a Japanese Manga comic, but it’s actually a car that Toyota co-developed with BMW. As such, it combines the best attributes of both brands.

Two versions are available, with turbocharged four- and six-cylinder engines, and they’re both a riot to drive. The four-cylinder version featured here produces a healthy 255 horsepower, and gives excellent fuel economy. The interior is well-equipped and easy to use, with a large infotainment screen operated either by touch or with a central control knob, and there is a strong set of driver assistance features as well.

Within the realm of high-end sports cars, Porsche built its reputation on a unique combination of performance and efficiency. Instead of relying on brute power, the company leveraged a combination of light weight and efficiency to win long-distance races. It continues that tradition with the 718 series. The turbocharged flat-four engine in the 718 Boxster and Cayman produces 300 horsepower, and impressive performance when packed into the lightweight chassis. It’s also a surprisingly practical car, with two trunks and plenty of space in the well-equipped interior. 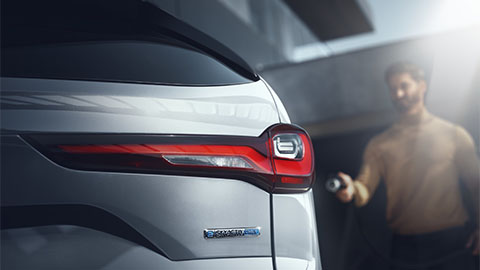 Mazda, the sportiest of the Japanese car brands, will soon launch its first-ever plug-in hybrid in the U.S. The new 2024 CX-90 will be a "performance oriented" PHEV, and it'll be built on a new flexible architecture that will form the basis of many more hybrid and electric Mazdas to come. Toyota is all-in on electric cars, and plans to introduce over 30 new EV models in the next few years. Hot on the heels of the bZ4X crossover, the company showed a bZ Compact SUV concept at the L.A. Auto Show. It previews a small SUV that could be hitting American roads soon.
Porsche
Toyota
BMW
Volkswagen
Subaru
Mazda
MX-5 Miata
BRZ
GTI
230i
Supra
Cayman
Recommendations